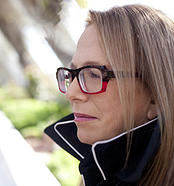 A bold, incandescent talent, Laura Karpman is an award-winning composer and a tireless champion for women in music. With a doctorate from Juilliard, she brings a uniquely vivid, conceptual voice to her body of work that spans film, television, concert halls, theater and video games. The four-time Emmy winner’s previous film and television credits include the Netflix fan-favorite romantic comedy, Set It Up, Eleanor Coppola’s Paris Can Wait, Francis Ford Coppola’s The Cotton Club Encore, Fox Searchlight’s Step and Black Nativity, WGN America’s award-winning historical drama series Underground, PBS’ Peabody award-winning series Craft in America, and HBO’s Regarding Susan Sontag. Across concert halls, Karpman is best known for her GRAMMY Award-winning album, Ask Your Mama, a multimedia opera based on an iconic cycle of poems by Langston Hughes, commissioned by Carnegie Hall. Karpman collaborated with The Roots and opera singer Jessye Norman on the piece. Karpman’s concert music has been commissioned and performed by the Los Angeles Philharmonic, Cabrillo Festival Orchestra, Concordia, the American Composers’ Orchestra, Metropole Orkest, Northwest Sinfonia, Orchestra of St. Luke’s, as well as the Detroit, Houston, National, New York Youth, Richmond, and El Paso Symphonies. Additional credits include Siren Songs, The Hidden World of Girls, One Ten Project, Different Lanes, The Transitive Property of Equality, Waxing Nostalgic and Now All Set. In 2014, Karpman co-founded The Alliance for Women Film Composers; in 2015, she became the third woman inducted into the music branch of the Academy of Motion Pictures Arts and Sciences and one year later, Karpman was elected the first female governor of the music branch. A passionate educator, Karpman served as a professor at UCLA in the School of Theater, Film, and Television From 2005-2009. In 2012, she launched the first Master’s degree film-scoring program at Berklee College of Music, where she taught videogame scoring as well as film composition. Karpman has lectured at The Juilliard School, USC, UCLA, Mills College, Berklee College of Music, Emerson College and The Tides Momentum Leadership Conference. Karpman also serves as an advisor for the Sundance Film Scoring Labs and is on the faculty of the USC Film Scoring Program and the New Media and Music Technology Program at the San Francisco Conservatory. 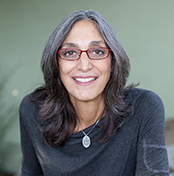 A member of the Academy of Motion Picture Arts and Sciences Class of 2021, Lolita Ritmanis is an Emmy Award-winning and10-time Emmy Award-nominated composer,  as well as a 2022 Grammy Award-winning music producer, for her work on "Women Warriors: The Voices of Change." Lolita was Oscar shortlisted for her 70 minute symphonic and choral score for the feature film Blizzard of Souls, which in 2021, had already earned her the Hollywood Music in Media Award for Best Score for an International Feature Film, the Alex North Award for Best Score, the Society of Composers and Lyricists Award for Best Score for an Independent Film, as well as a nomination for the World Soundtrack Award – Public Choice, Latvia’s Golden Microphone Award for Best Instrumental Album, and the Big Christopher (Latvia’s equivalent to the Academy Award.) Lolita is one of the founders of the Alliance for Women Film Composers, serving as president from 2016 to 2018, and the co-chair of the AWFC Advisory Board. In 2019, Lolita was an integral part of the Lincoln Center live to picture premiere of Women Warriors: The Voices of Change, where three of her symphonic works received world premieres. She is a co-producer of the award winnning soundtrack. Her symphonic work Overture to Light received its 2018 U.S. premiere at Carnegie Hall. Lolita's concert works as well as four original musicals have been seen and heard throughout the US, Canada, Europe, Taiwan and Australia. In addition to Lincoln Center and Carnegie Hall, her music has been performed at The Kennedy Center in Washington D.C., Koerner Hall in Toronto, Davies Symphony Hall in San Francisco, The Krakow International Film Music Festival, Fimucité International Film Music Festival in Tenerife, Canary Islands, and Playfest in Ubeda, Spain. Other career highlights include her original score for Christmas in Rome for Hallmark, the documentary Wild Daze (featuring Jane Goodall), music for the gender parity series Flip the Script (starring Lake Bell,) Young Justice, Batman: The Killing Joke (starring Mark Hamill,) Justice League (the theme, composed by Lolita, received a Primetime Emmy Award nomination), Batman Beyond (Emmy Award Win), Teen Titans, Ben 10, Batman: The Animated Series, as well as composing score and songs for the Primetime Emmy Award-nominated musical Batman: The Brave and the Bold: Mayhem of the Music Meister (starring Neil Patrick Harris). On May 9th, 2018 Lolita was honored with the BMI Champion Award. A dedicated mentor, Ritmanis is on the faculty of the USC Film Scoring Program, has been a guest instructor at Columbia College Chicago's MFA program in Music Composition for the Screen, as well as presented seminars at Berklee College of Music, NYU, UCLA, CalArts, and Hong Kong Baptist University. 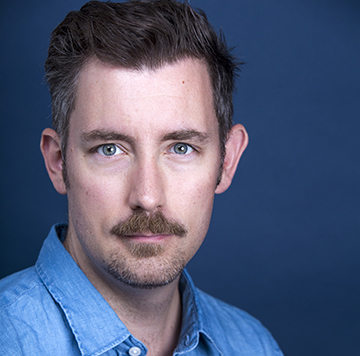 Chandler Poling is a Co-Founder of White Bear PR, a Public Relations firm specializing in Publicity for Composers, Music Supervisors, and Film & Music Festivals around the world.  Chandler has run successful Oscar, Golden Globe, Grammy, BAFTA and Emmy campaigns securing nominations and wins for his clients.  His clients have been featured in publications such as, Time, Vanity Fair, New York Times, Variety, Hollywood Reporter, The Guardian, LA Times, and Rolling Stone Magazine to name just a few. He created the first ever composer-focused panel at Comic-Con San Diego, the World’s Largest Pop Culture Convention. In addition to producing and moderating panels, Chandler has been invited to give lectures on PR for Composers at Berklee College of Music, Royal College of Music, NYU, USC, Krakow Film Music Festival, SoundTrack_Cologne, and others. He is a resident DJ with dublab radio, serves as the Vice President of Qweerty Gamers, a video game LGBTQ community non-profit, and sits on the Advisory Board of the World Soundtrack Academy and The AWFC.  www.whitebearpr.com