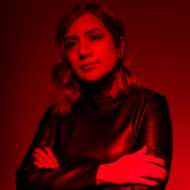 Born and raised in Los Angeles, CA, Denisse Ojeda is a Mexican-American composer for visual media. She is a graduate of Berklee College of Music with a dual degree in Film Scoring and Bass Performance.

She now resides in Los Angeles, CA and works across different mediums including film/tv, trailers, and ads.