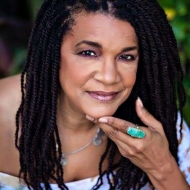 Kathryn Bostic is a Sundance Film Composer Fellow for both narrative and documentary feature films. She is also a recipient of the prestigious Sundance Time Warner Fellowship. An accomplished singer,songwriter and pianist, Kathryn has written for Broadway and received numerous awards and nominations for her original music and soundscape textures. She composed the score for several award winning films including Sundance winners "Dear White People" Justin Simien-Best Breakthrough Talent and "Middle of Nowhere" Best Director-Ava DuVernay. She has also created the score for several award winning documentaries for PBS and ITVS.