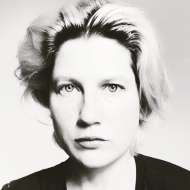 Vecelina Minkovski aka Vessy Mink is a Chicago born singer songwriter & producer, Vessy Mink got her musical start singing background vocals and playing tambourine with her big sister Antje’s band, Just Blame Eve. After moving to LA in 98 Vessy landed her first song license for the feature film “In A Class Of His Own.” In 2001 Vessy’s first band The Lovesick Lunatics released their debut album, Black Car. The 2nd track “Hollywood Hang Me” was quickly picked up by Fox’s hit tv show, The Gilmore Girls and ran as a promo for 3 consecutive months.

Since that time, Vessy’s had her songs licensed to a plethora of commercials, documentaries, web series and feature films. While living in Venice, CA she was cast in a handful of national commercials for Apple & AT & T. During this time she connected with LAFCO (LA Film Cooperative) where Vessy learned about documentary filmmaking, cohabitating with many other artists and making art together supporting unity.

At the same time Vessy performed all over LA with an outstanding A’capella trio called The Smiling Minks and various other improvisational musical acts. She had weekly musical residencies at The Cows End in Marina Del Rey & in the downstairs cavern at the Viper Room. All sorts of amazing musical guests would join Vessy at these shows and one never knew exactly who would be gracing the stage.

Following the Burning Man festivals in 2004/2005, Vessy landed a musical residency in Avoriaz, France. She booked the show before having the band and so jumped on Craigs List to find the players that would accompany her. After the month long residency where her 3 piece band performed every night at a restaurant called Le Cabané, Vessy took a train to her family roots in Sofia, Bulgaria. Following her stay with her grandmother Veselina (who sang and taught her Bulgarian lullabies when she was just a child) Vessy flew to London where she recorded her second full length album at Fortress Studios in Hackney with a fresh new set of talented players thrown together by her manager at the time, Ralph Cavallaro.

After flying back to LA, Vessy picked up where she left off with performing live shows. Chicago was calling however, and in January 2008, she and her new fiancé (whom she also happened to find on Craigs List) took the long road trip back home to Chicago.

Vessy is a children’s music artist as well, who taught for the beloved Wiggleworms music program for the Old Town School of Folk Music in Chicago. She spends some of her time writing and producing songs that help children deal with some of  the challenges that they face on the daily, like going to school! “I’m your friendly neighborhood songwriter” she says, as she gently interjects where she finds need for re-direction and a song to be crafted. In these impromptu moments, Vessy writes “gift songs” and they help children in many ways!

Vessy Mink currently lives in the NW suburbs of Chicago with her four amazing children and her wonderfully talented musical husband. She has not once stopped writing & producing songs and creating ideas from which to blossom. Vessy writes and produces songs out of her home studio and is currently hard at work after having become the Musical Director for the new Muppets…the FunkyiPuppets! Thh hi e FunkyiPuppets’ are all about M.A.T.S.U. Making Art Together Supporting Unity.

With many new collaborations born of Cathy Heller’s 6 Figure Songwriting course with Catch The Moon (that completely thrusted upon her the music sync licensing world at large), Vessy is a genre bending emotional melodic composer that changes the air in the room. For a current catalogue of Vessy’s newest musical works, please contact her at: vessymink@gmail.com with “Music Interest” in the subject line.